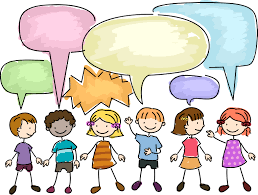 Recently I blogged about teachers (and parents) breaking the habit of grouping children by ability. I tried to explain that with mixed ability grouping, and teaching using what I termed ‘smart differentiation,’ everyone’s a winner. While it might take parents time to appreciate that this benefits the highest ability children just as much as the lower, teachers today must adopt this kind of approach if they want to avoid embedding the achievement gap between children and fixing children’s ability status permanently in their own and other people’s minds.

Sadly, there are  parents who would seek to perpetuate the achievement gap between children when it appears to advantage their own child.  After all, their child is seemingly high ability because someone else is low. This is also a factor in the high stakes arena of selective testing when classmates are literally pitched against each other for a place at a high performing, selective secondary school. In this instance, it is understandably hard for parents not to want their child to be right at the top of the ladder because for some this is the only means to ensure a quality secondary school place. This is at present a structural reality within education that only political clout can overcome through policy. In essence,  so long as we have such great variation in school quality, and selective schools are allowed to cream off the top 25% of pupils in an area, then grouping by ability will continue to matter to some parents to the degree it does, regardless of whether it serves any of the pupil’s best interests in terms of learning.

Mixed ability grouping alongside the use of ‘smart differentiation’, allows all children to learn more, and more effectively. Although it might seem counter intuitive to these ability fixated parents, who can argue with the wealth of research that supports this. I would say, what about if everyone learns more, including your child? What about if the bar is raised for everyone and more children have a chance of getting ahead?

As I explained in my previous blog, ‘Ability Setting – breaking the habit’, offering different levels of activities but within mixed ability groups has a positive effect on all learners and in many different ways. While the most obvious benefit might seem merely social (now they can sit next to their friends – isn’t that what any of us would do if we could?) there are rewards from this approach in many ways, not least psychological. Those children previously assigned to ‘that table’ no longer feel stigmatised and possess a better sense of self esteem. If you’re aware of Maslow’s Hierarchy of Needs, then you will know that self confidence and positive self esteem are prerequisites for effective learning. Interestingly, it works the other way too, as high ability children can suffer from confidence issues when grouped only alongside their high flying peers, in fact sometimes stiflingly so.  We must accept that learning is social and emotional and effective learning happens when a child is settled in each.

Yet mixed ability grouping simply for the sake of feeling nice and cosy with ones mates would be doing the concept a great disservice. Learning is enhanced when children are interacting and communicating with each other. Frightening as it might be to some parents, children learn much from chatting to their peers. Of course, a teacher must ensure it is the right chat, and not the latest debate on Moshi Monsters. They must ensure they are talking about their learning along with their errors and corrections. Children also learn by watching others do things and even more so by explaining their ideas to others. Explanation itself is at the heart of effective learning. Contrary to one parents’ view, that her bright child was ‘just a helper for the slow children’ (he went to a top grammar school so it worked then) high ability children cement their new learning by explaining to it to others.

Put simply, all children benefit from learning alongside a range of differing abilities for all the reasons that make learning what it is. Learning is constructing meaning and the best way to construct meaning is made through discussion and explanation which is a natural outcome of mixed ability grouping.

An excellent document on Teacherstoolbox.co.uk  called ActiveLearningWorks elucidates this well.

In Smart Differentiation – Part Two I’d like to share some of the things I do in the classroom to make sure the benefits of mixed ability grouping are maximised in the classroom.